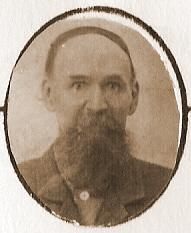 Theodore Turley Book, p. 91
On one occasion, an Indian shot an arrow through Isaac’s ear, slitting it in two pieces.  Later, an arrow was shot through the crown of his hat, and another one pierced his vest at the side of his body, but he was never seriously injured, which verifies a promise that was given to him in a special blessing by President Brigham Young in which he told him that if he would try to do the right thing by the Indians and would not seek to draw blood, they would not take his life.

Thank you for visiting! I hope you enjoy the things shared here.
View all posts by Ann Laemmlen Lewis →
This entry was posted in Family History, Turley Family. Bookmark the permalink.