Posted on September 11, 2013 by annlaemmlenlewis

Several times in the last week or two as I lie in bed, not sleeping, my thoughts have turned to two of my father’s cousins, Walter and Heinz Wäcker. I’m not sure why their faces keep coming to me when I’m trying to sleep. I have finally decided that perhaps it’s because they want to be mentioned and remembered in our family.

In 1976 when I was 17 years old I was an Foreign Exchange Student in southern Germany. I lived near Konstanz in a village called Dettingen with a somewhat dysfunctional family. The father was never sober. The mother was a bit paranoid, and the 2 daughters, ages 6 and 15, were closely controlled by that mother. I did my best to be a part of the family.

About half way through that summer exchange program, I realized I’d made a big mistake. I should have gone to live with my relatives in Grossgartach, instead of with a family of strangers. I wrote to my relatives and asked if I might at least come visit. They were excited to meet me and to have me come. We arranged for me to spend a week with them. For me, that week was life-changing. It connected me to my German family, heart and soul.

The first time I visited the Wäckers, my Onkel Richard and Tante Maria embraced me, took me in, and started telling me stories about my German family. They pulled out several photo albums and I felt a bit panicky trying to understand their German words and memorize every face in every photo. I wanted to know and understand everyone.

In each photo album, I saw photo after photo of their 2 sons, their only children, Walter and Heinz. Blonde, blue-eyed and adorable, these little boys were on bicycles and ponies and in every celebration, clearly loved dearly. 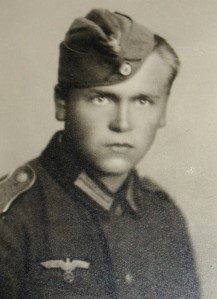 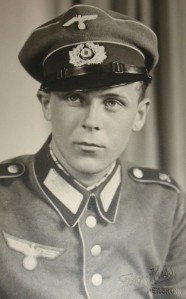 Then they pointed my attention to several framed photos of the boys in their military uniforms. World War II. Handsome and bright eyed. That’s when I learned that neither son returned home from that war. Walter died on the Russian front in 1943, at age 22. Two years later Heinz was listed as Missing in Action, a Prisoner of War in Russia, also at age 22. Onkel Richard and Tante Maria had lived alone, ever since, mourning the loss of their children. You could feel the sadness hanging in their home. It was always present. I felt it then, thick in the air.

These boys were my Dad’s cousins. Their lives were cut short by war. They did not live to marry and have families of their own who would remember them. Maybe that’s why I’m feeling the need to remember and honor them now. This week my oldest son, Adam will be 22 years old, the same age Walter and Heinz were. Adam has an entire life ahead of him, with his true love at his side, and bright hopes for a future family. I am grateful our family is in a peaceful place right now. I have hope for their futures and feel sadness for those whose families and hopes for posterity were cut off way too soon. 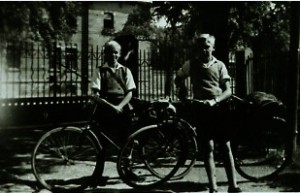 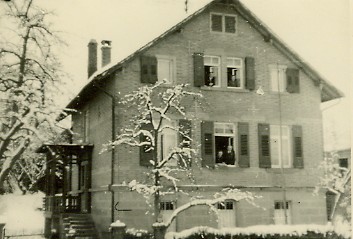 Thank you for visiting! I hope you enjoy the things shared here.
View all posts by Ann Laemmlen Lewis →
This entry was posted in Ann Lewis Personal History. Bookmark the permalink.